I absolutely love serving pulled pork with cornbread topping during the fall. The sweet and tangy shredded pork hides under buttery, golden “cornbread.” It’s great for potlucks, when you’re having lots of friends over to watch a football game, or for Sunday dinners. 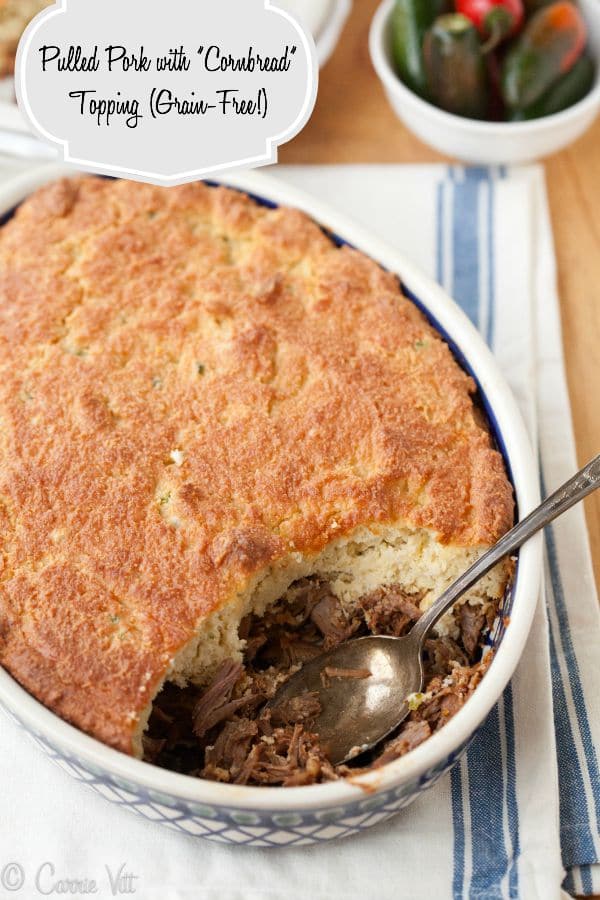 The pork is cooked with homemade BBQ sauce in the slow-cooker, shredded and then topped with the reader-favorite Grain-Free “Cornbread” batter and baked until golden. When I made this the other day, I then poured all the juices left over in the slow-cooker into a small saucepan and simmered them until reduced. I served the reduced sauce with dinner and everyone raved!

It’s important to remember that conventional pork is usually fed genetically modified grains and given antibiotics. because they’re raised in close quarters instead of being allowed to roam on the pasture. That’s why I prefer to purchase pork from an organic farm. If you’d like to find a farm in your area, check out the site Eat Wild (www.eatwild.com). 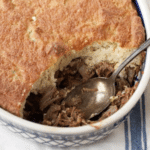 For the Pulled Pork: 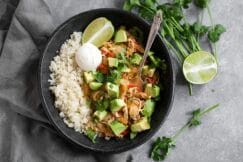 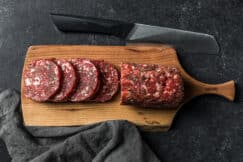 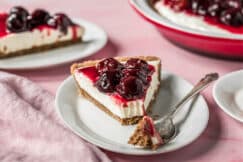 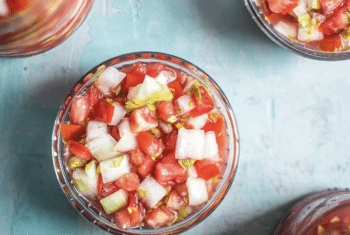